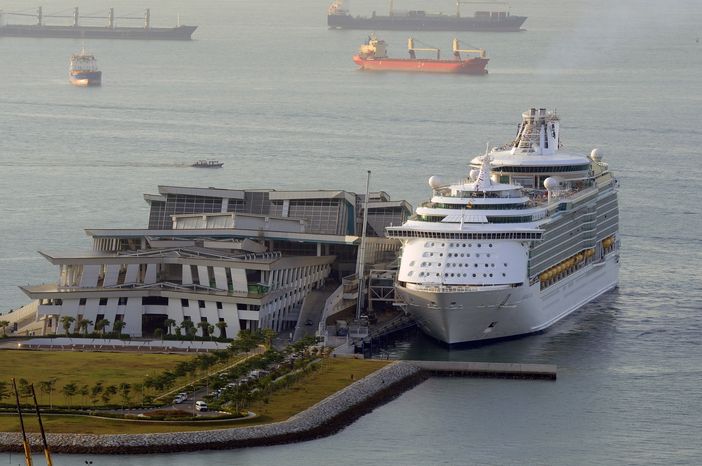 The millionth guest sailing from Singapore was welcomed today on the Royal Caribbean vessel Mariner of the Seas. The traveler, Mr. Wong Sin Fatt, will receive a free cruise holiday during his four-night cruise to Penang and Phuket. He and his companion also received $300 in credit, which can be used toward shopping, shore excursions, and dining. In addition, the lucky cruise guest received a certificate of $1,000 for his next cruise journey.

The celebration, which was initiated on the gangway of the Mariner of the Seas, proceeded to the vessel’s Crown Lounge. In the lounge, Claus Andersen, the ship’s captain, and the managing director for Asia Pacific of Royal Caribbean Cruises, Sean Treacy, surprised Mr. Wong with a millionth guest prize of $2,400.

Royal Caribbean International highlights cruise trips that offer a broad assortment of amenities – features that can only be experienced on the line’s cruise ships. Some of the programs include Broadway-type shows and activities that are geared toward adventure-seekers and families. It is not surprising then that the cruise line has been voted Best Cruise Line Overall for fourteen years straight. It also has been honored as Best Cruise Line every year since 2015 by the Reader’s Choice Awards, hosted by Travel Weekly Asia.
Source: Royal Caribbean Press Center