Cruise to Amsterdam to Make Your European Travel a True Vacation 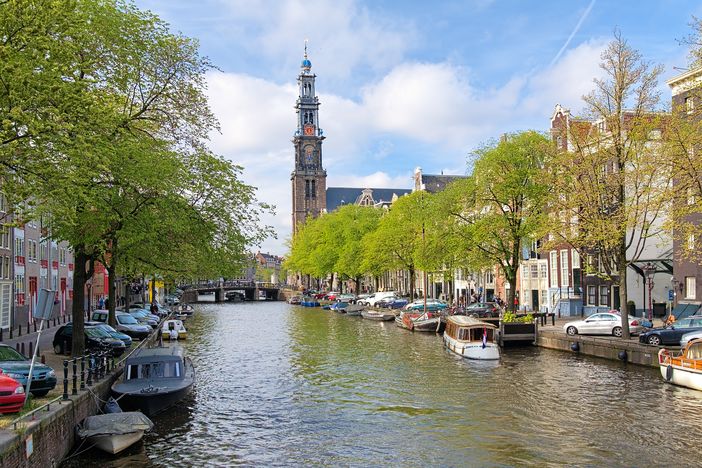 Have you ever thought about taking a cruise to Amsterdam? If not, maybe you should, as the city plays host to a number of one-day excursions that are not only culturally significant but unforgettable too.

A Cruise to Amsterdam Can Open up a World of Culture

Amsterdam is a city in Northern Europe that allows you to explore such attractions as the Van Gogh Museum, the Royal Palace, Anne Frank House, Vondelpark, Oude Kerk, the Rijksmuseum, and, of course, the famous canals. You cannot see any of these places anywhere else in the world, as they are all exclusive to this charming Dutch city. Therefore, a cruise to Amsterdam should be included on any European cruise itinerary.

The canal ring in Amsterdam is part of the city’s center, and gives visitors a feeling of peacefulness, freedom, and space. You can either stroll the canal streets or take a trip by boat. You might also consider traveling by bicycle.

Built as a city hall in the Dutch Golden Age, the Royal Palace is a top attraction in Amsterdam. The structure once was the palace of King Louis Napoleon. It is located in the center of the city next to the Nieuwe Kerk.

The largest church in Amsterdam, Westerkerk was built from 1619 to 1631. The church is considered the most important Protestant church in the city while the Westerkerk Tower is considered a city symbol. Tourists can climb up the tower and view Amsterdam from the balcony.

The Rijksmuseum is the biggest and most attractive museum located in the Netherlands. It welcomes more than one million visitors annually. After a decade of renovation, the museum re-opened in the spring of 2013. Some of the paintings to see at the attraction include the artistic works of Rembrandt, Vermeer, and Jan Steen.

Naturally, you cannot take a cruise to Amsterdam without seeing the Van Gogh Museum. The contemporary museum is home to around 200 paintings and 550 renderings showing the artist in his various moods. Selected works by the artist’s contemporaries are displayed as well.

View Prices for Brilliance of the Seas Cruises

This Protestant church is surrounded by little houses and located in the midst of the city’s Red Light District. The structures are especially interesting, particularly the bell tower, which displays a Gothic Renaissance design.

An excursion to Amsterdam should also include a visit to the Anne Frank House. If you have read The Diary of Anne Frank, you no doubt will want to see where the story took place. The house is the hiding place where the young girl penned her diary during the Second World War. The original diary is also on display as part of the permanent exhibit.

You will also want to include a trip to one of the city’s parks on a cruise to Amsterdam. Vondelpark is a large urban park that is part of the Amsterdam-Zuid, a borough in the city. Opened in 1865, the relaxing nature area is named for the poet and playwright Joost van den Vondel. It greets about 10 million visitors annually.

As you can see, you have a lot of options when you choose a cruise vacation to famous Amsterdam. You don’t want to miss the opportunity to see historical monuments in Europe or view the various attractions in this friendly locale. Amsterdam is a one-of-a-kind place. Make plans to book a cruise right now.

➡ Cruising in Norway: 10 Top-Notch Norwegian Destinations
➡ The Best Things to Do in St. Petersburg – An Elegant Look into History
➡ Experience the Best Luxury Mediterranean Cruise from Venice
➡ The 6 Most Enthralling Things to See and Do in Lisbon, Portugal
➡ Places to Visit on European Cruises from Barcelona

Cruise to Copenhagen, Denmark and Adore the City’s Best Attractions