As New Zealand’s most populous city, Auckland is one of the most diverse and energetic metropolitan areas Down Under. Situated on two massive harbors, this city has plenty to offer those interested in both high culture and sensational scenery.

This northern city is full of important historical monuments, impressive ultra-modern skyscrapers, volcanoes, islands, and one of the largest yachting harbors in the world. Whatever you’re interested in, you’re sure to make lifelong memories on your cruise to Auckland.

Top Attractions and Things to Do in Auckland 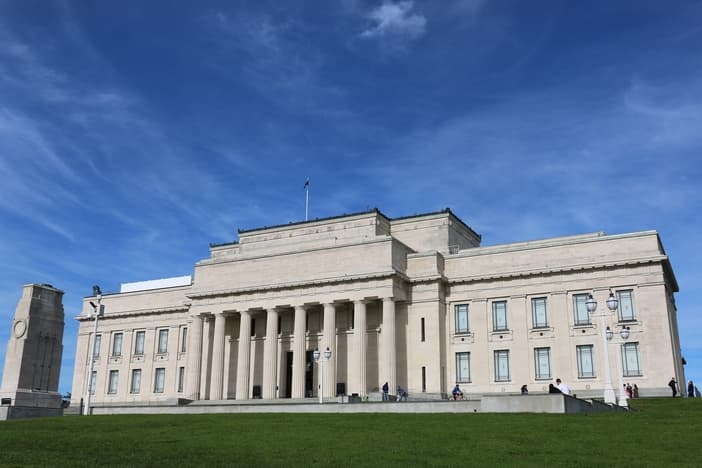 A great place to start any tour of this mega-city is at the imposing Auckland War Memorial Museum. Although this massive museum is named in honor of New Zealand’s wartime past, you’ll find a wide array of collections ranging from pre-colonial art to naturalistic exhibits. There’s also a cenotaph on the museum’s property that’s of central importance to the New Zealand nation. 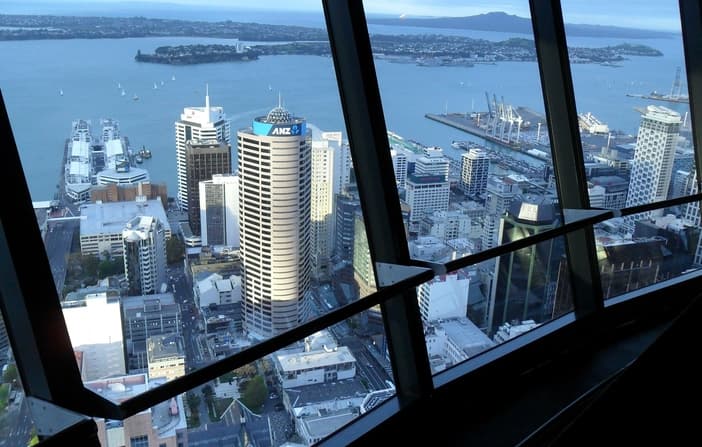 View from the top of the Sky City Tower

Anyone who doesn’t have a fear of heights should definitely add a visit to the Sky Tower to their Auckland itinerary. Measuring 328 m high, Auckland’s Sky Tower offers commanding views of the surrounding area and even has its own revolving restaurant.

If the Sky Tower wasn’t thrilling enough for you, then you should consider bungee jumping off the top of the Auckland Harbour Bridge. Yes, you can strap on a bungee cord and plummet 40 m off of Auckland’s most famous bridge. Before you jump, be sure you really soak in the incredible view of Auckland’s skyline! 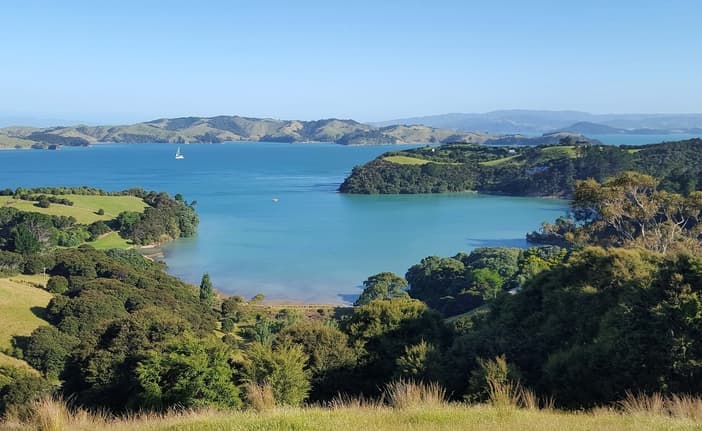 While there are plenty of things to do in Auckland proper, don’t forget to visit some of the exciting locations outside of the city center. For example, the beautiful Waiheke Island is only about a 30-minute ferry ride from Auckland. Besides enjoying yourself on one of Waiheke Island’s many beaches, other popular tourist activities on this island include the Whittaker’s Music Museum, wine tasting, and deep sea diving. 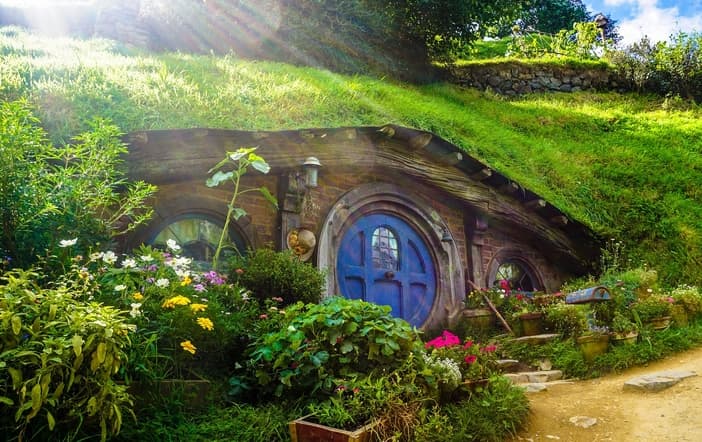 Lastly, any fans of Lord of the Rings should schedule a trip to the nearby Hobbiton Movie Set on their cruise to Auckland. Located about a 2-hour’s drive south of Auckland, this impressive location features many well-preserved hobbit dwellings used in filming of the Lord of the Rings trilogy.

Every great city has a great nickname, and Auckland is no different. On your trip, you might hear locals refer to their beloved metropolis as the “City of Sails.” Auckland earned this epithet due to its huge fleet of luxurious yachts. If you’re interested in checking out this fancy area, then be sure to plan a visit to Viaduct Harbor during your cruise to Auckland.

By the way, it’s important for anyone planning on driving during their trip to Auckland to remember that New Zealanders travel on the left side of the road. The last thing you want is to get involved in a car accident on your vacation to Auckland!

Book A Cruise to Auckland

If you’re planning on visiting New Zealand, then you should definitely include a stop in Auckland on your cruise route. The “City of Sails” makes an incredible first or final travel destination on any cruise through New Zealand.