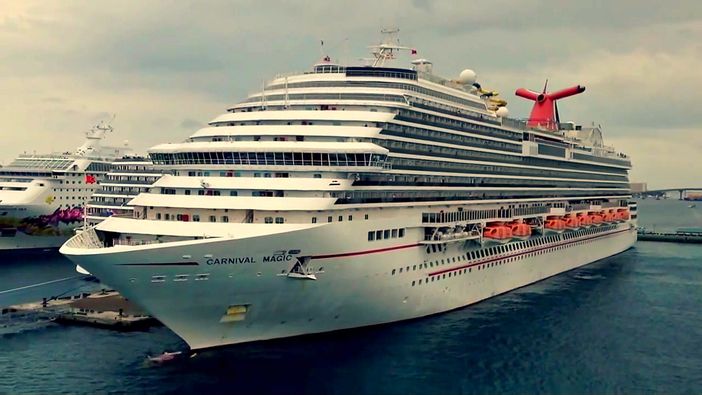 Guy Fieri, who is known for his burger cuisine on Carnival cruise ships, will be featuring barbecue entrees on the Lanai on Promenade Deck on the Carnival Magic. Fieri is well-suited to the calling, as the popular chef is a member of the American Royal National Barbecue Hall of Fame.

Cruise guests are in for a treat, as they will be enjoying food from Guy Fieri on Carnival Magic in the form of such barbecue and smokehouse favorites as slow-smoked and pulled pork butt, smoked Andouille sausage, and smoked beef, cooked low and slow. The restaurant, which will be called Guy’s Pig & Anchor Bar-B-Que Smokehouse, will showcase a wood smoker as one of its amenities.

In addition to delicious barbecue entrees, the Guy Fieri on Carnival Magic’s Smokehouse will also highlight side dishes in the form of Old “Skool” Potato Salad, Collard Greens with Smoked Turkey, and Mac Daddy Mac n Cheese. What makes the dining experience even more special is that all these items will be offered free of charge.

Diners can also spice up their entrees with award-winning brown sugar and the chef’s signature line of sauces. Some of his famous toppings include Sriracha BBQ sauce, which is both tangy and spicy, and Kansas City BBQ sauce, which is notably smoky and sweet. Diners can cool their palates with a wide selection of ice-cold sodas or beer as well.

The new smokehouse restaurant is part of the cruise line’s all-new multi-million dollar upgrade – a renovation that spanned over three weeks. The remodeling involved adding a number of exciting dining and bar upgrades to the vessel.

The Carnival Magic will adhere to a seven-day schedule from Galveston, Texas, up through April 10, 2016. Afterwards, the vessel will move to Port Canaveral to begin seven-day cruises to the Caribbean, starting on April 23, 2016. Just before its launch of the new seven-day schedule, the Magic cruise ship will offer a three-day Nassau cruise on April 20, 2016.