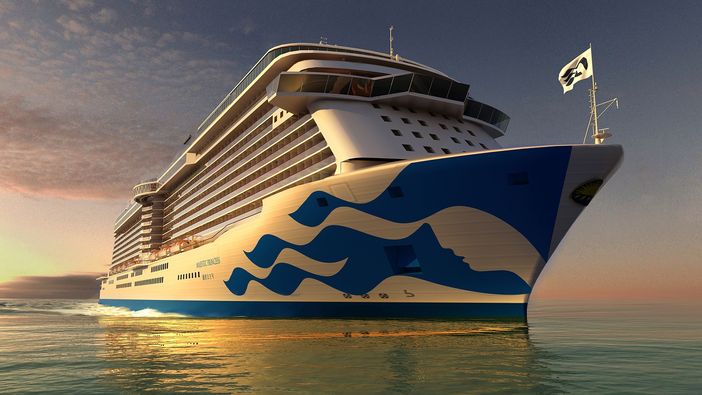 The Chinese New Year for 2016 was celebrated by Princess Cruises’ debut of the Majestic Princess, the first cruising vessel that was constructed for the Chinese travel marketplace. The ship, which has the capacity to hold 3,560 guests, will be based out of Shanghai, China.

The event also marked the introduction of the Princess logo on the cruise ship. The iconic image, which symbolizes the excitement of sea travel with a smooth and flowing wave design, will be added to other Princess vessels over the next few years.

In addition, the Year of the Monkey was celebrated by the Majestic’s floating-out ceremony, which represents a special milestone in the construction of the ship. The event, which took place at the Fincantieri shipyard in Monfalcone, Italy, commemorates the just-built ship’s first meeting of the sea.

When it is travel-ready, the Majestic will feature an over-the-ocean sea walk and a bold, multi-storied atrium that will serve as the ship’s social gathering area. The aforementioned amenities replicate the features already found on Princess Cruises’ Regal Princess and Royal Princess cruise ships. Other highlights of the Majestic Princess will be detailed in future months.

➡ Princess Cruises to Europe Begin with the Departure of the Majestic Princess from Civitavecchia
➡ Sea Princess Refurbishment Continues to Make Progress in Singapore
➡ Princess Cruises’ Down Under Procession Marks the Increasing Popularity of Cruise Ship Travel in the Pacific
➡ Diamond Princess Japan Voyages Will Include Visits to Korea, Taiwan, Russia
➡ The Regal Princess Cruise Ship Inspires Through 5 Unique Features