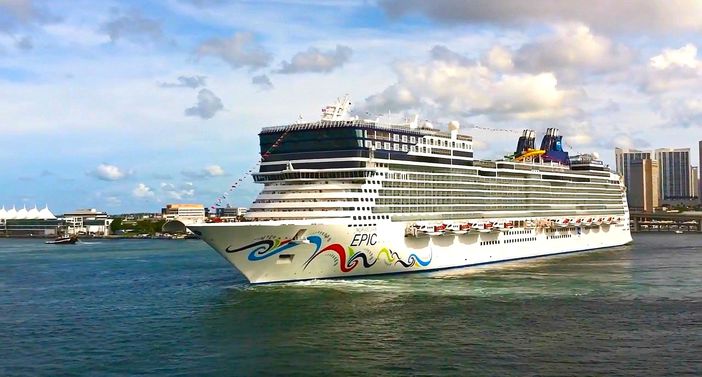 The largest cruise ship of the Norwegian Cruise Line, the Norwegian Epic, will begin another season of 7 night European cruises from Barcelona, which will take place between 3 May and 22 November 2015. The cruise itinerary from Barcelona to the area of the Western Mediterranean includes stops in a variety of locales, such as Naples (Pompeii), Civitavecchia (Rome) and Livorno (Florence/Pisa) in Italy, Cannes of the French Riviera and Palma de Mallorca in Spain. The winter season, which takes place between 29 November 2015, and 7 April 2016, will find the Epic sailing alternate 10-night cruises to Casablanca in Morocco, Las Palmas in Gran Canaria and Malaga in Spain.

The summer cruises will debut new entertainment offerings from the new Barcelona homeport through 2015. Broadway headliners, “Priscilla, Queen of the Desert” and “Burn the Floor” will take center stage in October-featured shows.

In order to commemorate the Norwegian Epic’s return to Europe, Norwegian Cruise Line provides website visitors with a 20-page brochure about the ship, which features the vessel’s highlights as well as all of its sailing itineraries. Norwegian Cruise Line President and COO, Andy Stuart said, “We are very excited to bring Norwegian Epic back to Europe. With her innovative accommodation and wide array of  . . . amenities, she truly is the best ship to sail the Med . . . in [both]summer and winter. . .”

In addition to cruise departures from Barcelona to Morocco, Madeira, the Canaries, Malaga (Granada), and other various stops in the Western Mediterranean, the ship will feature 6-night itineraries to and from Southampton, England. The six-night cruise schedule includes departure from Barcelona on 20 September 2015 and arrival in Southampton on 26 September 2015. Ports of call featured in the cruise itinerary include Cartagena, Spain, Malaga, Spain and Lisbon, Portugal. A 7-night Iberian Peninsula cruise from Southampton, England to Barcelona, Spain is slated for 18 October 2015.

What’s on your calendar for a cruise holiday? Book holiday travel on the Norwegian Epic today.