Cruise Travel Magazine Trending
You are at:Home»Cruise Destinations»Top Attractions in Athens, Greece That Will Fascinate You

Perhaps you are looking at cruises to Greece, or maybe you’re just doing a general search. Athens, the longtime capital of Greece, offers many attractions for the curious tourist. Beyond the fact that this city is the possessor of the most famous historical monuments in Europe, there are still plenty of things to do in Athens. So if you’re considering a vacation to Europe anytime soon, here are nine reasons to look at Greece as the perfect cruise destination. 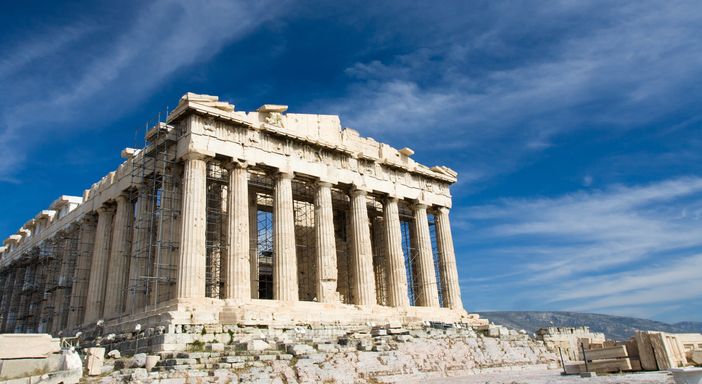 The Parthenon is perhaps the most famous of the top attractions in Athens. A large temple located in the city of Athens, the Parthenon was built in dedication to Athena, the patron of this capital city. This famous temple was originally built in 438 BC and has undergone recent reconstruction to ensure it stays intact for the foreseeable future. It is a shining example of Greek architecture during the time period and is a must see for anyone visiting. 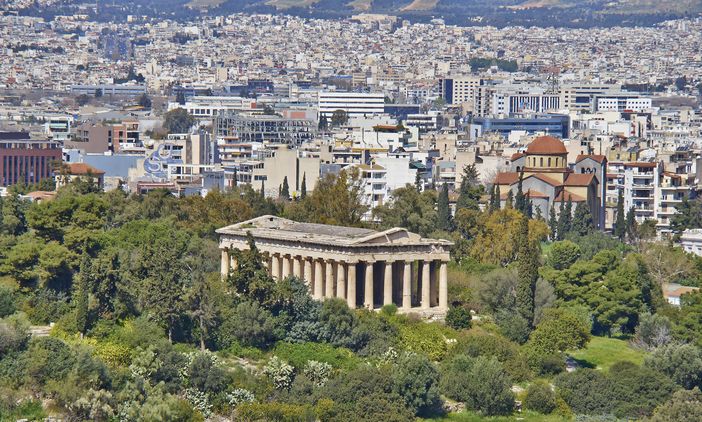 Originally known as the Theseion, this temple is another grand example of Grecian architecture. Unlike the Acropolis though, this temple stands on the outside almost exactly as it did in ancient times. Around 700 AD, the temple was converted to a Catholic church, offering it a sort of duality and making it unique among the top attractions in Athens. 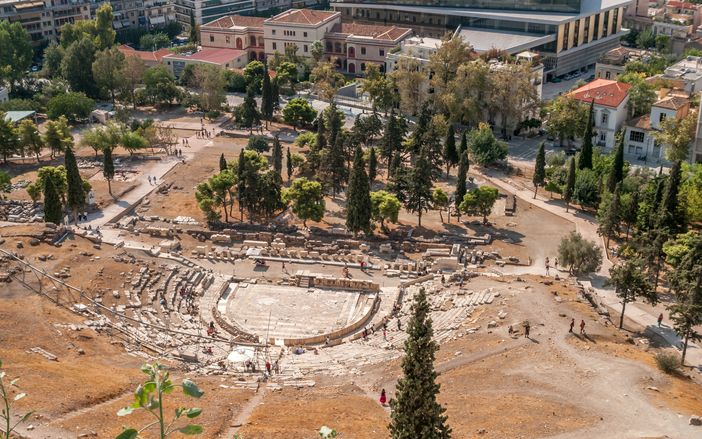 Ruins of the Theatre of Dionysus Eleuthereus

Dionysus was worshiped as the god of wine, ecstasy and ritual madness in ancient Greece. This theater is a major open-air theater and was used in ancient times for Dionysian festivals. Though you won’t find any ancient plays being acted out there anymore, it is certainly one of the more artistic top attractions in Athens and a must visit for anyone with an interest in the arts.

What makes this theater really special is that it was really the first of its kind. For Greeks, theater was a major competition, and the Theatre of Dionysus Eleuthereus is where it all began. It’s a unique piece of world history and a must see for any traveler. 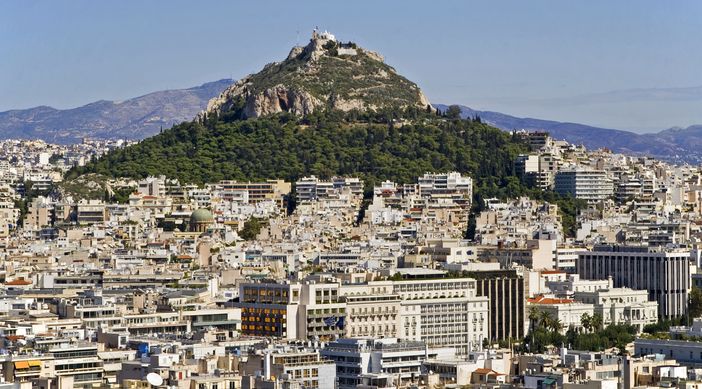 This is the only completely natural of Athens attractions on this list, but it is definitely a must see. The reason for this is not so much the limestone hill itself, but the structures built around it, which were designed specifically for travelers. To get to the top of Mount Lycabettus, visitors can take a funicular railway, which offers them a unique view of the surrounding area. The real treat is at the top though, where there is an open-air theater, where some very prominent musicians have performed. 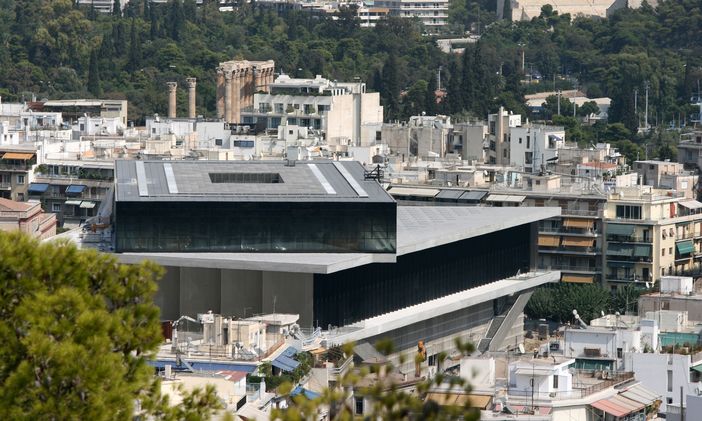 New Acropolis Museum and the pillars of Zeus in the background

Of all of the top attractions in Athens, the New Acropolis Museum offers a unique perspective and explains some of the historical significance of everything else in the area. While the museum was founded in 2003, it did not actually open to the public until 2009. Today, it has some very impressive artifacts from the area and the staff is more than willing to provide a detailed background of ancient Greece.

Though it was only built five years ago, the museum has already won awards, including the British Guild of Travel Writers’ award for the Best Worldwide Tourism project in 2010. The best part is, the entry fee is very affordable and the experience is definitely different than what you are used to at your hometown museum. 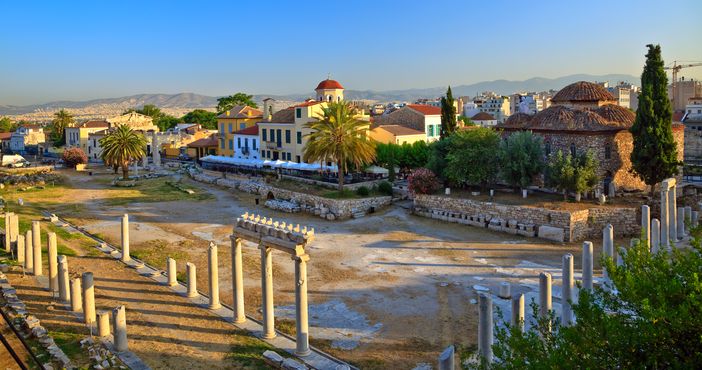 In ancient times, the Plaka area was the major residential area in Athens. Today, it is more of a tourist destination. Restored and redone, Plaka offers a variety of museums and full utilities that might not be found in other areas of town. If you’re only interested in the ruins though, Plaka also has some of the most interesting to offer. It is located very near to the Acropolis. 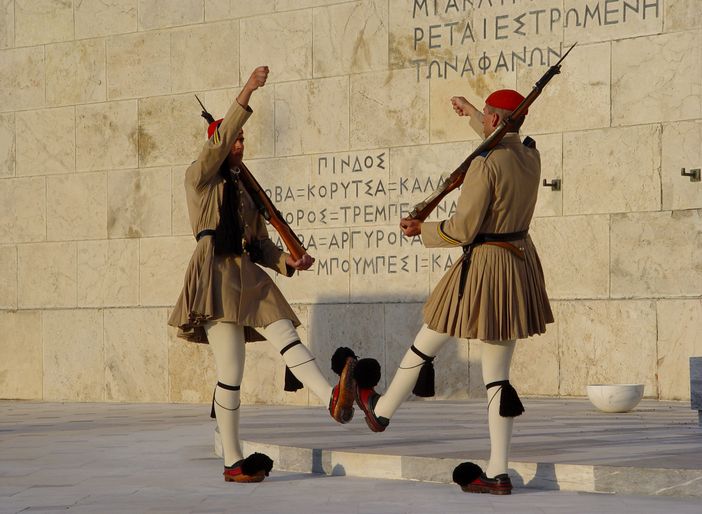 Syntagma Square, greek soldiers at the Tomb of the Unknown Soldier monument in front of the greek Parliament

There is an abundance of top attractions in Athens, but going to Syntagma Square is often the hub between all other locations. Not only does this major square lie between many of the major tourist activities in Greece, it also has some beautiful architecture of its own. Though it is not open to the public, the Greek parliament building is located at Syntagma, making it a definite location to visit for anyone with even a remote interested in politics. 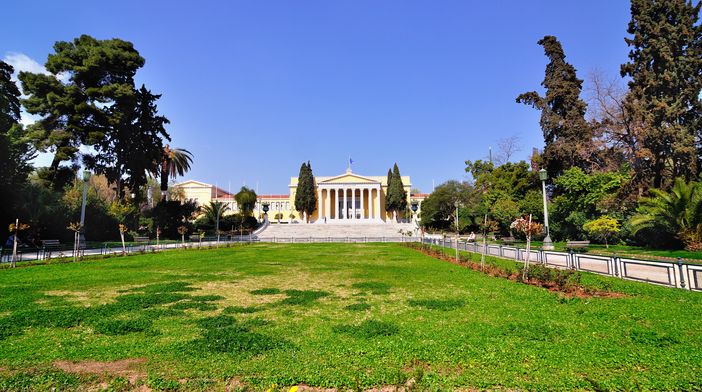 Zappeion in the National Gardens of Athens

When thinking of the top attractions in Athens, the Zappeion is something that most people could identify by picture but never name. Located in the National Gardens of Athens, this massive building has a distinguished and commanding look. It has served many purposes through history, but most recently it can be recognized for serving as the press center for the 2004 Olympic Games.

These gardens are beautiful by themselves, and sit at the heart of Athens, but the Zappeion could be considered to be the heart of the gardens. No matter where your interests lie, getting some pictures at the Zappeion is a must for anyone who considers himself to be a traveler. 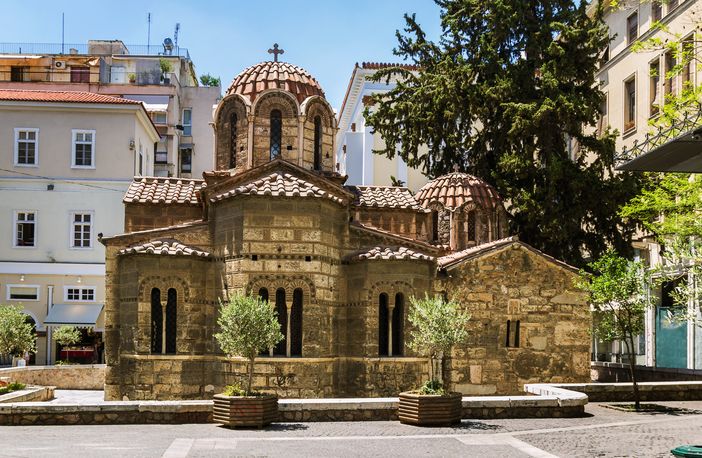 One of the oldest churches in Athens, this beautiful building was built for the Greek Orthodox faith. This church is believed to have been built over the ruins of a former pagan temple. Of the top attractions in Athens, this church hosts some of the most beautiful artwork, something that religious and non-religious travelers would both find interesting.

How to Get There

Depending on where you are coming from, a flight to Greece can be massively expensive. If you are already in the Mediterranean region, you can get there easy enough, but the real beauty of Greece is unlocked when you can access the area by water. If you book a cruise heading for Greece, you will have absolutely no regrets.

This is the one major piece that was missing from the nine reasons. Visiting Greece is a beautiful experience, but the Grecian waters offer a unique perspective on the entire area that you simply cannot get anywhere else. So, if you’re thinking of going to Greece, go the only way that is proper: look at cruises to Greece.