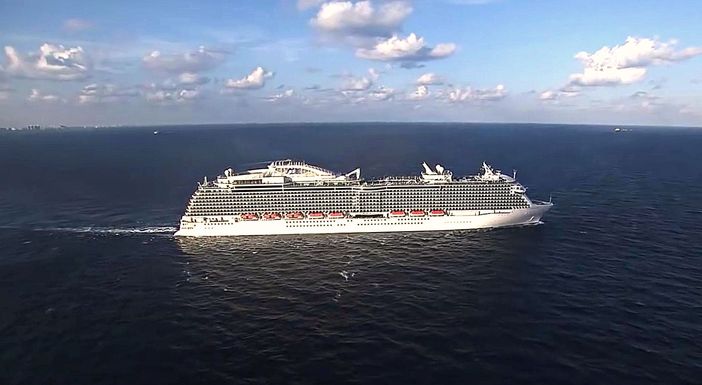 Princess Cruises has just announced that it will begin its 2017 European sailing season with the departure of its cruise vessel, the Majestic Princess, from Civitavecchia (Rome) on 4 April 2017. One of the newer cruise ships of the Princess line, the Majestic Princess will embark on a five-day round trip journey, stopping at such ports of call as Corfu and Kotor off the Adriatic Sea.

The 5-day voyage will be followed by Princess cruises to Europe itineraries that cover cities on the Mediterranean Sea. Cruisers will have the chance to enjoy ocean voyages spanning 14, 21, and 28 days, each of which will depart from the cities of Barcelona, Athens, and Rome from 9 April 2017 to 14 May 2017.

Besides the Majestic Princess, the Royal Princess will provide Princess cruises to Europe along the Mediterranean as well. The ship will feature a 21-day Grand Mediterranean Collection journey, as well as seven, 14, 21, and 28-day adventures through the same part of the world.

Northern Europe will be covered by the Regal Princess, Pacific Princess, and Crown Princess for itineraries that lead to destination points in Russia and Scandinavia. Scheduling will also include overnight cruise offerings in St. Petersburg and Stockholm, each of which will embark from Dover in the UK.

The 2017 European cruise season also includes departures on the Pacific Princess and Caribbean Princess in the British Isles. Last night stays will be offered for some sailings to Edinburgh and to Dublin on ships departing from Southampton in the UK.

Princess Cruises’ guests can choose from up to 119 destinations on six featured ships, all of which include 153 departures leading to excursions in 27 countries overall. Countries in Northern Europe and the Mediterranean will be part of the cruise itineraries that now offer a More Ashore program. The newly initiated offering provides guests with the chance to stay longer at stopping-off points and visit individual cities. Late evening stays will be featured in over 15 countries.

➡ Sea Princess Refurbishment Continues to Make Progress in Singapore
➡ Why Choose These Ships for Roundtrip Cruises
➡ Princess Cruises’ Down Under Procession Marks the Increasing Popularity of Cruise Ship Travel in the Pacific
➡ Diamond Princess Japan Voyages Will Include Visits to Korea, Taiwan, Russia
➡ The Regal Princess Cruise Ship Inspires Through 5 Unique Features