The Cuisines of Nations That You Can Definitely Taste on Board 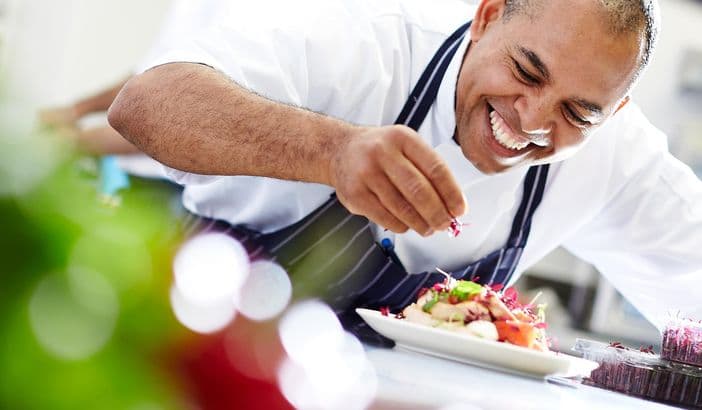 When traveling on a cruise ship, you will be availed with a varied menu of worldwide entrees. The top 10 international cuisines served on cruise ships feature an array of foods from a diverse selection of chef-inspired creations. Some of the countries represented in cruise ship fare include Italy, France, India, the Caribbean, Greece, Spain, Mexico and Thailand.

First time cruisers often are impressed to find that, among cruise amenities, are a variety of international foods. American cuisine is often featured among the top 10 international cuisines,

showcasing such popular fare as barbecued meats made of pork, chicken or beef as well as grilled steaks. The meats are featured with a variety of vegetables, including corn, potatoes, green beans and carrots.

When you look up cruise FAQ’s, you often find questions regarding the ship’s cuisine. One of the popular cruise ship specialties are entrees made that are Italian in origin.

After all, who does not like such delicious entrees as spaghetti carbonara or fettucine alfredo? Caprese salad is a before-dinner salad that is often featured too. It’s not surprising then that Italian cuisine is among the more popular foods that are served onboard ship.

You do not have to be sailing to France to enjoy French cuisine onboard a sailing vessel. After all, why choose a cruise vacation if you cannot have access to French foods?

The French indeed prove that they have a keen cooking sense when they offer such selections as crème brulee and nicoise salad. If you have never enjoyed French food, you will enjoy savoring one of these cruise ship amenities.

You cannot list the top 10 international cuisines on a cruise ship without including the varied selections of foods offered in Greek cuisine.

Whether you are sailing to Greece or not, you cannot but admire the cooking skill and flair that is expressed when Greek entrees are made. A Greek salad is a nice introduction to dishes such as souvlaki.

The British enjoy tea time as well as a full English breakfast, which is another one of the top international cuisines featured on cruise ships. The breakfast food includes sausages, bacon, and eggs.

In England, different regions have their own versions of the breakfast cuisine. For example, the fried potatoes served in Cornwall consist of mashed potatoes mixed with flour and butter and fried. Another well-known specialty dish is the fish and chips, often served for lunch or at dinner aboard a cruise ship.

Who would think that among the top International cuisines on a cruise ship that you could partake in such unique fare as a chicken tikka kebab or vegetable biryani?

You don’t have to go to India in order to enjoy the aforementioned dishes as you can savor the food on a sailing vessel, whether you have set sail for Amsterdam or are on your way to India and the Far East. It does not hurt to sample the cuisine onboard ship however, of the country you are visiting. At least, you will know what to anticipate.

If you have plans to cruise to the Caribbean, then you can sample the food onboard ship or when you are scheduled to disembark. However, it is nice to know that you don’t have to wait to get to a Caribbean port of call in order to savor Caribbean entrees and side dishes.

The entrees and sides are memorable foods, given the kinds of seasonings and various toppings that are used. Cruise ship passengers like such dishes as curry prawns with rice and fried banana with cream and cheese for dessert. Therefore, it definitely comes as no surprise that Caribbean fare is listed among the top 10 international cuisines on cruise ship voyages.

Always appreciated by cruise travelers, Spanish cuisine is always a delight. The Spanish people like to add to the local flavor with such foods as gazpacho and entrees such as paella with seafood and chicken breast.

These foods are featured onboard a cruise ship too. You can also enjoy Spanish desserts that are often eaten in the wee hours of the morning. Popular Spanish desserts that will stay on your palette and memory include mantecados (crumble cakes), polvorones (almond cookies) and flan, which is a custard that swims in a caramel sauce.

Yet another one of the top international cuisines that are featured on a cruise ship is Thai cuisine. You don’t need to be sailing to Thailand to appreciate this delicious Asian fare.

Some of the names that are featured on the menu are enough to pique your curiosity in and of themselves. For example, yung goong is a ship specialty as is spicy fried noodles. Thai soups are a popular food too and are always served with the main course and not as a starter. Rice often accompanies the liquid fare.

You do not have to wait until you reach Mexico before you can enjoy such Mexican treats as a burrito or chili con carne. While Tamales are starter foods in the Mexico, entrees are represented by such foods as Gorditas, which are corn patties with stuffing in the form of chicken and cheese and topped with cream cheese a hot sauce.

Carnitas represent deep-fried pork while Chilaquiles are made up of tortilla chips that have been topped with a green tomato sauce. If you are traveling to Mexico and want to become acclimated to the culture, then sampling the Mexican fare onboard first is a good place to start.

No matter what taste you have in cruise ship cuisine, you will find plenty of entrees to like while you are sailing via mainstream cruise lines. Plus, you can choose from one of a variety of entrees and sides. What’s not to like about a cruise holiday? Why not book your holiday today and take a break from meal planning and cooking. Sample the various entrees and sides.