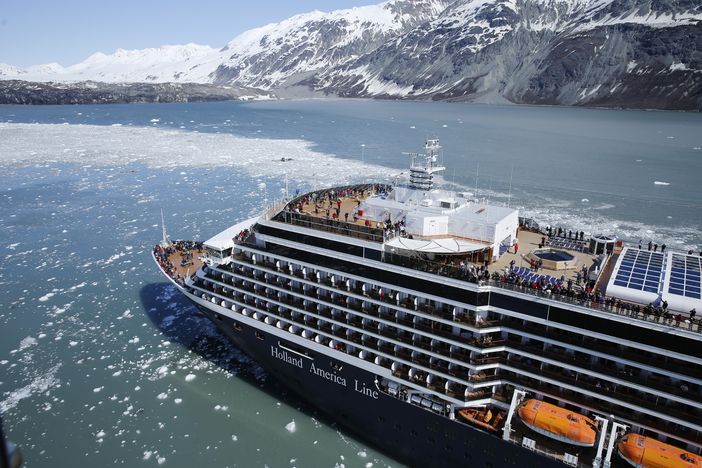 Holland America has announced that it will celebrate its 70 years in Alaska by offering theme-related events and entertainment options to cruise travelers. Because 2017 represents the 70th year of travel to the state of Alaska by Holland America, the cruise line is planning special commemorations and celebrations to mark the milestone anniversary. 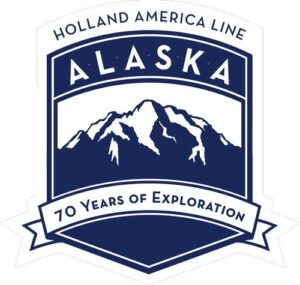 Besides one-of-a-kind entertainment offerings, the cruise line also plans to celebrate 70 years in Alaska with food offerings that will focus on Alaska-centric dishes. In fact, Alaskan culinary specialties will highlight each Alaskan cruise or Land+Sea Journey. The award-winning Land+Sea Journeys offer trips that feature cruises to magnificent sites, such as the Inside Passage, and combine them with overland excursions to Alaska’s interior or Yukon land.

One of the culinary highlights that will be featured on cruises this year will be hosted by America’s Test Kitchen. The host will feature an onboard show that will feature the best ways to cook salmon. Guests will also partake in sampling the Midnight Sun, a cocktail drink artfully created by Dale DeGroff, a master mixologist.

In addition, the main dining room will offer a menu that focuses on Alaska’s heritage. Newly created dishes will be highlighted as well as Baked Alaska, which will be offered as the grand finale for each milestone Alaskan meal.

Not only that, but the cruise line, in partnership with BBC Earth, is highlighting a multimedia show. The production will showcase live music and footage from “Wild Alaska,” a BBC Earth television series. During the show, cruise travelers will experience each of the four seasons of the Alaskan wilderness.

When ships journey through Glacier Bay National Park, the cruise line will also feature the Native Voices program, a cultural interpretation provided by the Huna people.

Guests have the opportunity to participate in other special festivities during their 70 years in Alaska celebratory journeys too. For example, during 2017, themed bon voyage parties and champagne toasts will be the highlight of each journey. Also, before setting off on a cruise, Land+Sea Journey travelers will receive commemorative backpacks, each with a native-designed logo. Backpacks will be presented at Denali National Park.

Holland America plans to feature 135 Alaska departures in 2017 – more than any other cruise company in the travel market. The milestone activities planned on the trips will make the 70 years in Alaska milestone a memorable Alaskan travel experience.

In addition, Holland America will offer 126 seven-day cruises from April through late September. Scenic cruising will be featured and visits to landmarks such as the Hubbard Glacier and Tracy Arm are just a few of the planned trips.
Source & photos: Holland America Line