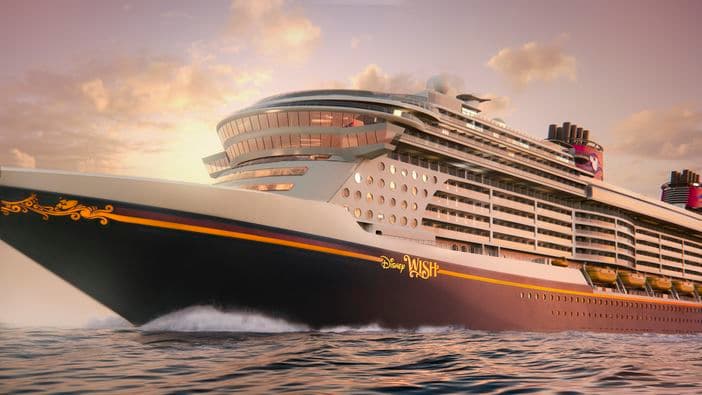 This year’s D23 Expo was full of exciting announcements, including the reveal of the newest addition to the Disney Cruise Line.

The Disney Wish is the line’s fifth ship and takes inspiration from Disney princess Rapunzel, a beloved and free-spirited character. The princess will adorn the stern of the ship, continuing the trend of the previous four ships that feature their own characters. The new Disney cruise ship is a perfect combination of reality and fantasy, bringing elegance, diversion, and, of course, some enchantment to visitors.

It will include a three-story atrium for a whimsical and airy feel as well as hints of Rapunzel’s creative talent via painterly touches throughout the vessel. This ship will be slightly larger than its most recent predecessors, the Disney Dream and the Disney Fantasy, and will include 1250 guest staterooms. Scheduled to embark on its maiden voyage at the start of 2022, the new Disney cruise ship will be powered by liquefied natural gas.

The D23 Expo also revealed that the ship will be docking at a new destination, Lighthouse Point in the Bahamas. Sitting on the island of Eleuthera, this location will be the second Bahamas destination on the cruise line and will be overseen by the designer of Disney’s Animal Kingdom.

Celebrity Summit Refurbished with the Latest Innovations in Decorations, Amusements, and Technology