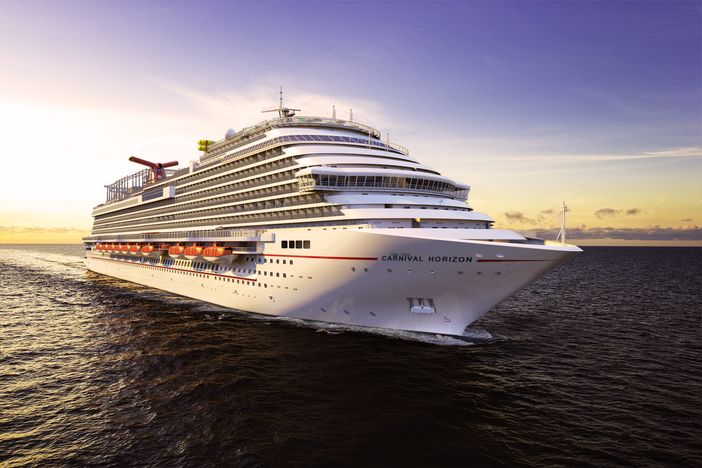 According to a recent news report out of Miami, the newest ship of Carnival Cruise Line, Carnival Horizon, which debuts in April 2018, will highlight a diversity of travel options that showcase travel destinations in the Mediterranean and Caribbean.

Currently in its construction phase in Marghera, Italy, the ship is slated to make its maiden voyage on April 2, 2018. At that time, the vessel will embark on a thirteen day voyage to the Mediterranean. The round-trip journey will embark from Barcelona and stop at such destinations as Livorno, Rome, Naples, Messina, and Sardinia. This initial journey is the first of four such departures from Barcelona.

Per its Miami itinerary, the Carnival Horizon will depart regularly on Sundays, calling at such ports as Ocho Rios, Grand Cayman, and Cozumel. Two eight-day cruise schedules will also be offered with Saturday departures. One of the cruises will feature stops at Grand Turk, La Romana in the Dominican Republic, Curacao, and Aruba. The other itinerary includes stops at Grand Turk, San Juan, St. Kitts, and St. Maarten.

Anyone interested in these trips are invited to contact their cruise agent or Carnival for reservations.
Source: Carnival News

➡ Carnival Miracle will Depart from Long Beach on 14 Day Cruise to Alaska
➡ Carnival Freedom: Your Ticket to the Free Waters of the Western Caribbean
➡ Carnival Vista Receives Lloyd’s Register’s ECO Notation for Green Ship Operations
➡ Cruise with Carnival Down Under and Become Part of a Popular Trend
➡ New Carnival Vista is a Beer Lover’s Dream Cruise Vessel