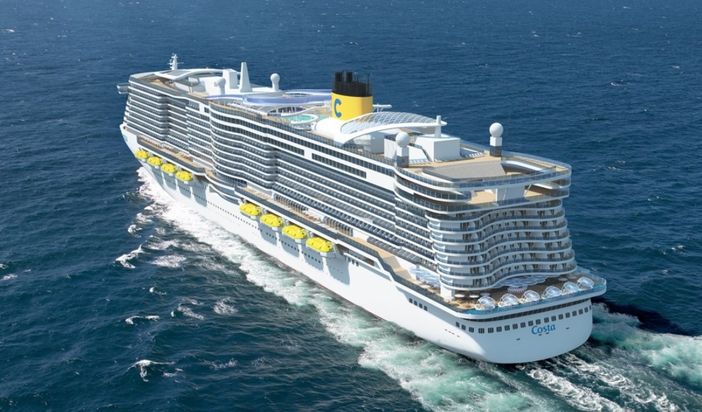 According to a recent announcement Carnival Corporation divulged information about new cruise ships on order for Costa Cruises. Following an agreement with Meyer Werft in which four state of the art cruise ships which will boast the largest guest capacity worldwide two of which are in the process of being built by their Italian cruise brand, Costa Cruises. It was also announced in June that the other two out four cruise ships included in this agreement worth billions of dollars have been designated to be built by their German cruise brand; AIDA Cruises.

It is reported that the cruises ships being constructed by Costa Cruises will be manufactured by the shipbuilders of Meyer Werft at the company’s very own shipyard which is located in Turku, Finland. The two new cruise ships for AIDA will be constructed at Meyer Werft’s shipyard  in Papenburg, Germany. The new cruise ships are expected to be delivered between the years 2019 and 2020.Germany.

Each one of these upcoming cruise ships on order will exceed 180,000 gross tons as well as provide 2,600 passenger cabins and 5,200 lower berths which will be able to more than comfortably lodge a total of 6,600 cruise ship guests.

One of the goals Carnival Corporation is seeking to incorporate into these new ship designs is a more efficient design and therefore use of the spaces in the ship, this will include of course more multi-functional common areas as well as adding more personal space which will increase the pleasantry of the cruise ships guests onboard experience.

These four state of the art cruise ships will be the first ever in the history of this industry to be fully powered while at sea by Liquefied Natural Gas (LNG) which is the cleanest burning fossil fuel in the world making Carnival Corporation’s cruise ships for AIDA Cruises and Costa Cruises representations of a paramount environmental development.

These cruise ships on order will be spearheading this new sustainable fuel age by using LNG to produce all the cruise ship’s power not only when in port but also when on the open sea. This will be a first in the industry and will notably reduce the amount of exhaust release therefore aiding in the company’s sustainability objectives as well as in protecting our beautiful and fragile environment.

This four ship agreement with Meyer Werft is on a portion of a much bigger and more calculated  memo that had been announced previously and involved the two leading shipbuilders which are of course Meyer Werft and Fincantieri S.p.A in which nine ship orders will be completed between the years of 2019 and 2022.

Costa Cruises reports that around seven hundred and fifty Italian crewmembers will be hired to run and work the two new cruise ships this will also be a great financial opportunity for Italy. It will also greatly promote Italy as an encounter being as it will be an important part of the guests onboard experience.

These two new cruise ships on order are in essence representatives of the best of Italy while at sea which will offer a great experience for the ship’s guests while they discover the amazing country that is Italy by learning more about their style, delicious gastronomic specialties, music and forms of entertainment and of course the heartfelt hospitality. All in all guest will experience the pleasures that Italy has to offer all the while enjoying the relaxation and beauty of the sea.

➡ 5 Basic Tips on How to Find the Best Price on a Cruise Vacation
➡ The Queen Elizabeth Cruise Ship: A Regal Mistress of the Mediterranean
➡ The Elegant Vacation Getaway on the Queen Victoria Vessel
➡ Cruise to Halifax: A Seaport Par Excellence
➡ Cruise Highlights of Harmony of the Seas