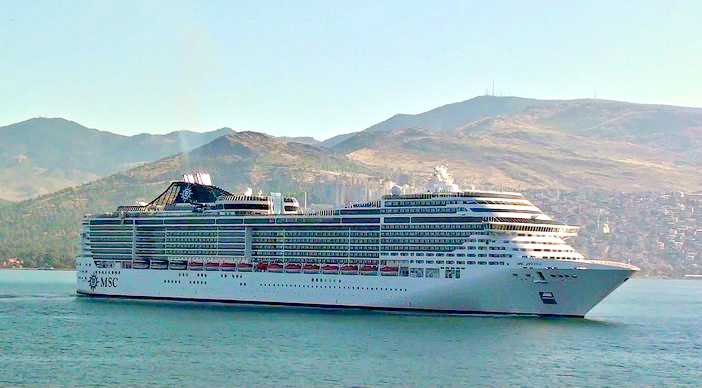 MSC Cruises is in the planning stage of securing a small island as a private resort stopover for its cruise guests. The island, formerly known as Ocean Cay, is located near Bimini in the Bahamas. If MSC goes ahead with its plan, the island, which was built in 1970, will be included in the other featured private listings that other cruise companies own.

The following cruise lines are private island owners of resorts in the Caribbean.

Both sisters in the cruise ship industry, the private island owners, Royal Caribbean and Celebrity Cruises, use the Bahamian Perfect Day at CocoCay and Labadee, which is a Haitian peninsula, as private islands for its cruise guests. Perfect Day Island is noted for its Daredevil’s Tower, seven incredible waterslides, while Labadee is distinguished for its five beaches.

Known as the first cruise line to build a private island resort, NCL has made the Great Stirrup Cay its primary private resort in the southern section of the Bahamas. While the island is overcrowded and features a precipitous shoreline, no one seems to notice when they are parasailing or snorkeling.

Holland America Line is one of the private island owners of Half Moon Cay, which is a 55-acre piece of land on Little San Salvador. The island is a port of call for HAL’s Panama Canal and Caribbean itineraries. Noted for its water park, the isle is close to the pier where tender boats regularly shuttle cruisegoers back and forth from ships.

The name of Costa Cruises is associated with its private resort isle, Catalina Island, which is just off the shores of the Dominican Republic. A leisurely escape, Catalina Island is home to such activities as snorkeling and volleyball.

Princess Cays is the stopping-off point for Princess Cruises. The cruise line stops off in Eleuthera, where the cruise company’s retreat meets a white sand beach. Dune buggy tours are offered on the isle as well.

Castaway Cay is the major port of call on all Disney Wonder and Magic cruise trips. The 3.2-mile, 1,000-acre destination is bordered by magical sandy shores and blue Bahama waters. While less than 10% of the island has been developed, it offers much in the way of activities, including biking, boating, and snorkeling.

➡ What the Cruise Lines’ Private Islands Have in Store for You
➡ Where to Obtain Seclusion on a Busy Island: The Great Stirrup Cay Private Cabanas
➡ Great Stirrup Cay Activities – Stingray City Tours
➡ Atlantis Resort Paradise Island, Bahamas: The Best Bit Of Your Bahamian Cruise
➡ From Flying High to Swimming Down – The 7 Best Things to Do in Nassau

Set Sail for Satisfaction on the MSC Divina Cruise Ship