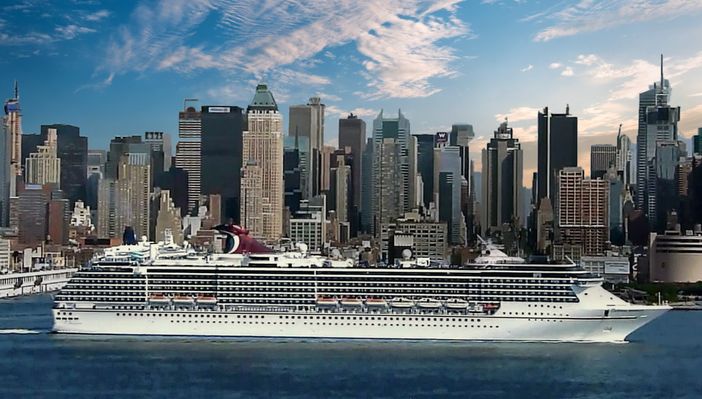 Carnival Cruise Line has just announced that it will feature a 14 day cruise to Alaska, beginning in September 2017. For its first journey, the round-trip cruise will depart from Long Beach, California.

The vessel will be stopping at seven destinations, including Icy Strait Point and Glacier Bay, which is a noted UNESCO World Heritage site. Icy Strait Point is a pristine wilderness area and features the longest zip-line in the world. It is also known for its sizable population of bears and whales.

The upcoming voyage is part of the popular cruise line’s cruise enrichment series, which is sponsored through the Carnival Journeys’ program. The ship will depart from Long Beach on September 2nd and will return to the same port on September 16th, 2017.

The 14 day cruise to Alaska will stop at Juneau, Sitka, Skagway, Ketchikan, as well as British Columbia. Visitors on the trip will be able to see natural wonders such as calving glaciers, indigenous animals, and active marine life. Cruise guests can also take part in rainforest canopy tours, kayaking expeditions, helicopter flightseeing and snorkeling excursions during their holiday.

Other activities include on-board experiences where the ship guests can enjoy cooking, arts and crafts, photography, and even lessons on celestial navigation. In addition, the Carnival Legend will feature 38 seven-day and eight-day cruise holidays in Alaska during 2017 and 2018. The schedule also includes seven Glacier Bay holidays, each one lasting one week.

The Glacier Bay journeys, which showcase a variety of ice formations, also feature a variety of Alaskan wildlife. After leaving Seattle or Vancouver, the ship-goers will stop at ports such as Juneau, Skagway, Ketchikan, and also Victoria, BC. One day is spent traveling through Tracy Arm Fjord as well.

Both the Carnival Miracle and Carnival Legend play host to a broad range of onboard entertainment and dining. Prime USDA steak and gourmet cuisine are two examples of the elegant dining selections.