Where to Obtain Seclusion on a Busy Island: Great Stirrup Cay Private Cabanas 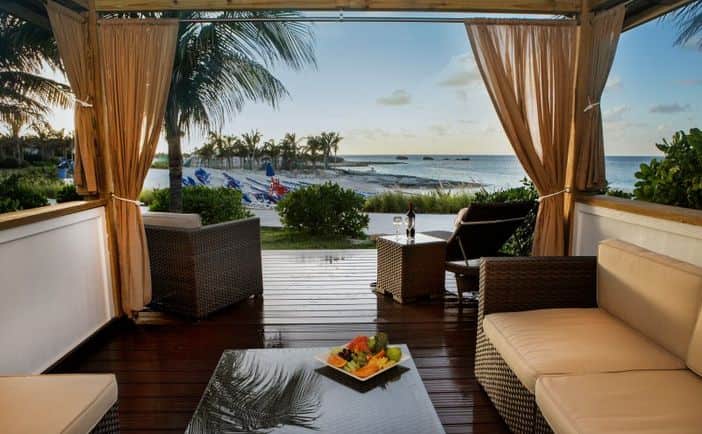 A small island, which is part of the Bahamas’ Berry Islands, the private isle of Great Stirrup Cay was originally bought by the Norwegian Cruise Line in 1977. At that time, the cruise ship line bought the island as a private getaway for its passengers. Snorkeling is a popular pastime on the northern part of the island, which is also home to the Great Stirrup Cay private cabanas.

Getting Away from It All

If you want to get away from it all on your cruise holiday, make sure your voyage includes a visit to the island. The Great Stirrup Cay private cabanas feature prominently into the resort and were developed when the Norwegian Cruise Line bought the land from the Belcher Oil Company. The NCL private cabanas, which are situated west of the isle’s main beach, feature both VIP amenities and service. Each of the highlighted cabanas accommodates as many as six guests and comes fully furnished with beach towels, shower, lounge chairs, cooler, and tables.


The Biggest Inflatable Water Slide in the World

The Great Stirrup Cay private cabanas are the type of accommodations that are ideal for family cruise holidays. Each cabana rental includes a food and beverage credit, up to six Hippo Waterslide passes, and a big float for island guests to enjoy. The Hippo Waterslide is 175-feet long and 40-feet wide. It has the noted distinction of being the biggest inflatable waterslide in the world.