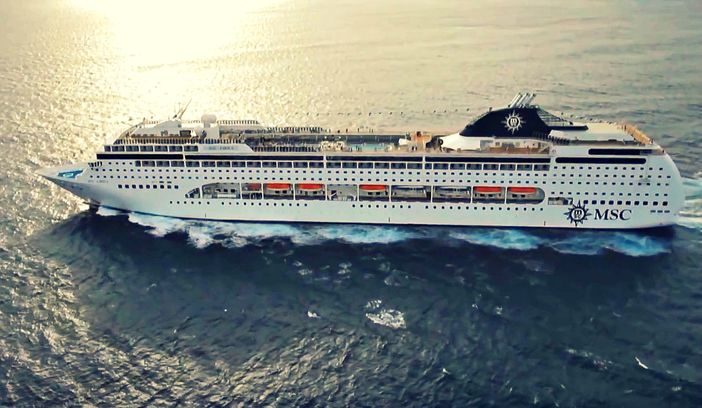 Known as the world’s number one cruise line and largest privately owned cruise company in Europe, MSC Cruises recently announced that it will schedule an initial voyage to Shanghai, China by way of the MSC Lirica in 2016. According to the MSC Lirica itinerary, the newly renovated vessel will enter the port of Shanghai on 1 May 2016.

The vessel will make the stop after travelling across several continents. According to the company, the stop in Shanghai, China will be a part of the MSC Lirica itinerary that features a Grand Voyage trip – an ocean journey that goes from Brazil to the mysterious Asian port by way of the Mediterranean. Cruise-goers can select from three different Grand Voyage itineraries, all of which will include Shanghai as the final port of call of the 60-day trip. Guests can choose from departure cities such as Rio de Janeiro, Brazil; Genoa, Italy; or Dubai in the UAE.

Before the cruise vessel sets sail and embarks on its Grand Voyage, it will be completely remodeled and enlarged per the cruise line’s Renaissance Programme. The 2,600-guest ship will depart from Rio de Janeiro on 3 March 2016 before setting sail on a course along the Brazil coast and visiting ports such as Salvador and Fortaleza. The ship will then proceed across the Atlantic and toward the city of Santa Cruz de Tenerife in the Canary Islands.

The ship will then head toward Europe and its next port of call of Cadiz, Spain. From this point, the MSC Lirica itinerary directs the voyage toward either Barcelona, Spain; Marseille, France; or Genoa, Italy. Guests will then set sail from the ports of Provence, Catalonia or Liguria on a 41-night journey to Shanghai and the Far East.

Before reaching Shanghai, voyagers will have a chance to visit Ho Chi Minh City in Vietnam and Hong Kong. After an overnight stay in Shanghai, cruise-goers will set sail for Fukuoka, Japan. They will then return to Shanghai on 1 May 2016.