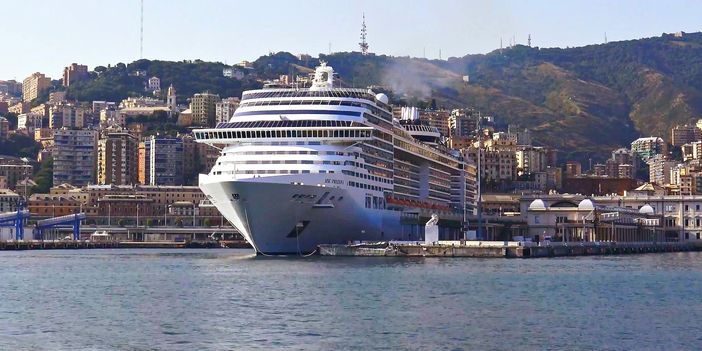 One of the holiday cruises that you won’t want to overlook when reviewing your choices for a dream holiday is the MSC Preziosa Mediterranean cruise—a voyage you won’t soon forget. The following cities make taking the cruise all the more fun and exciting.

Among the top Mediterranean cruise destinations, Civitavecchia is a stop that offers as much in historic interest as it does in a beautiful landscape and sunny locale. The cruise port is used as a transport hub that leads to the Italian capital of Rome. On your shore excursion, take a Rome tour of such attractions as the Piazza del Popolo, the Piazza di Spagna (the Spanish Steps), the Trevi Fountain, the Capitoline Hill, and the Roman Forum.

The MSC Preziosa Mediterranean cruise stops off at the Sicilian capital of Palermo, home to the Fontana Pretoria. Situated in the heart of the most beautiful square in Palermo, the magnificent creation is the work of Francesco Camilliani. The fountain is a masterpiece of adornments and includes depictions of allegories, nymphs, animal heads, gods, and goddesses.

Another stop of the MSC Preziosa Mediterranean cruise ship is Valletta and the Grand Harbour. Also referred to as the Port of Valletta, the famous landmark is located on the Island of Malta and features an extensive system of wharves and docks that have been upgraded and fortified. The Valletta anchor point is primarily flanked by the city of Valletta and the suburb of Floriana, both which are located on the Sciberras peninsula that sits on Malta’s northwestern shore.

Valencia, Spain is yet another stopover that makes taking the MSC Preziosa Mediterranean cruise vessel an exciting form of transport. Valencia, which is the third largest city in Spain (only by Madrid and Barcelona are larger), is a busy port and home to approximately 1.5 million people. When visiting the city, be sure to stop at Queen Square and take a stroll along Malvarossa Beach.

Palma de Mallorca, in Spain, comes as a surprise to many cruise goers. Not only is this the capital of Mallorca, which is located on the Balearic Islands, intimate and sophisticated, it is also lively. Just like Barcelona, Palma de Mallorca is home to interesting historical monuments in Europe as well as landmark buildings like the Bellver Castle and Palma Cathedral.

The capital city of Catalonia in Spain, Barcelona is Spain’s second most populated city. The Serra de Collserola mountain range sits to the west. When visiting this port of call, you will have many sites and attractions to see. Be sure to mark the Castle of the Three Dragons and Park Güell on your itinerary.

The ancient capital city of Sardinia reveals its long history in its display of a number of ruins and historical sites, including a Roman-era amphitheatre and a Byzantine basilica. The large, yet private, capital is a port-of-call that is defined by its interesting ruins and parks, including the Park of San Michele Hill, which features a medieval castle at the top.

The capital of Liguria and the sixth biggest city in Italy, Genoa is home to approximately 1.5 million people and is the biggest seaport in Italy. The city is also the birthplace of Christopher Columbus. A shore excursion to the city makes it possible to visit nearby Portofino Village, a holiday resort known for its association with artistic and celebrity travelers.

Located along France’s southern coast, Marseille is the second biggest city in the country, after the capital of Paris. The most famous seafood dish in the port city is bouillabaisse—a fish stew that typically contains three varieties of fish.

The beauty of the Mediterranean can be seen up-close culturally and historically on a cruise vacation aboard the MSC Preziosa. Take your time online to view the itineraries. Now is the time to book if you want to escape the winter cold or doldrums.