Norwegian Star will Cruise to Asia and Australia Next Year 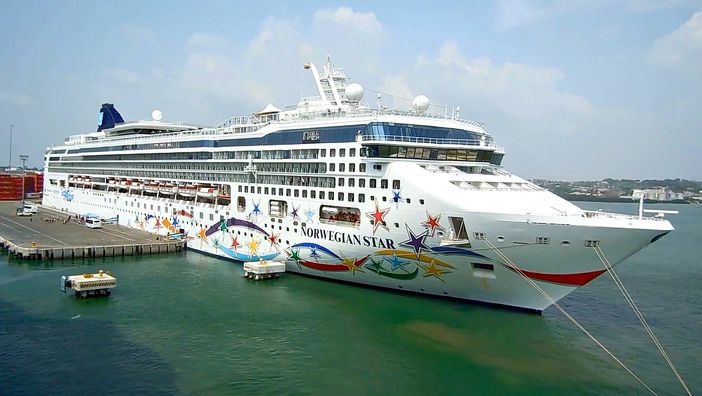 For the first time since 2001-2002, Norwegian Cruise Line will cruise to Asia again, and this will start happening in late 2016. The Norwegian Star will be making the trip, and those who board the ship will be able to enjoy visiting the Persian Gulf and India.

The ship will spend the 2016 summer months in the Baltic Capitals and will travel through the Western Mediterranean, and then in October 2016, the ship will depart from Istanbul. This will mark the brand’s first time to the Gulf region via the Suez Canal, and the 20-day itinerary will include stops in Turkey, Greece, Israel, Egypt, Jordan and Oman to name just a few.

In November of 2016, the Norwegian Star will set sail for a 21-day journey, which will include stops in Malaysia, Oman, Sri Lanka, Mumbai, Goa, Abu Dhabi and Thailand to name just a few places. Asides from those destinations, the ship will make a visit to Mumbai, India, which will be the first time it has done so. Those who are aboard the ship will have the chance to explore the area.

The cruise liner will make a number of sailings in Southeast Asia, and it will do this throughout December 2016 and January 2017, and it will depart from Singapore and Hong Kong. It will leave Singapore on December 11 and January 5 (2017), and it will make stops in Bangkok, Ho Chi Minh, Nha Trang and Hong Kong. Those who decide to do the 14-day itinerary on December 22, 2016 will have the chance to celebrate the holidays in Da Nang, Ho Chi Minh, Sihanoukville, as well as an overnight stay over in Bangkok.

The Norwegian Star will sail from Hong Kong to Australia, and that will take place on January 16, 2017 and will be a 21-day itinerary. Guests aboard will enjoy making stops in places such as Sydney, Nha Tang, Ho Chi Minh, Bangkok and Darwin to name just a few. Also, if you decide to travel on January 16, then you will also be making stops in Airlie Beach and Brisbane, which are gorgeous areas of Australia.

On February 6, 2017, the ship will embark on a 12-day journey, and the sailing will include a number of ports of call throughout Australia and New Zealand, including Melbourne, Burnie, Wellington and Tauranga. On February 18, 2017, the cruise ship will sent for 19-days of sailing, with stops in Bay of Islands, Sydney, Cairns, Darwin, Kula and Bali. These are just a few of the ports of calls that guests will be able to enjoy, so if you want to experience these places and more, then you should look into booking your ticket for the Norwegian Star as soon as possible.

Let’s not forget to mention that the ship will make its journey back  via an 18-day sailing of Southeast Asia and India, and the ship will depart Singapore and make its way to Dubai. The departure date is March 9, 2017 and some of the places the ship will stop at include Penang, Colombo, Kochi, Mumbai and Abu Dhabi. Also, at some point guests will also stop at Phuket and Goa.

On March 27, 2017, the Norwegian Star will round out its season with a 20-day sailing of the Eastern Mediterranean and the Persian Gulf, and it will depart from Dubai via Suez Canal and then to Venice, and further stops will include Fujairah, Muscat, Oman and Jordan. Also on the itinerary is Sharm El Sheikh, Haifa and even Crete. If you are interested in any of the itineraries that were discussed above, then you should check out our cruise search widget and look into booking a ticket, which is something you should consider doing because the ports of call the ship will stop at are some of the most gorgeous places in the world. The sooner you book your tickets, the sooner you can prepare yourself for a great trip.

➡ Norwegian Sky Offers Cruises with Free Drinks and Alcohol Packages in 2016 Cruise Ship Trips
➡ Set Sail on the Norwegian Epic from Barcelona for a Western Mediterranean Cruise Holiday in 2015
➡ Norwegian Cruise Line’s Freestyle Dining Comprises the Inclusion of Complimentary Asian Cuisine
➡ The Best Things to Do in St. Petersburg – An Elegant Look into History
➡ Ovation of the Seas Draws “Applause” and Approval of Chinese Cruise Ship Customers