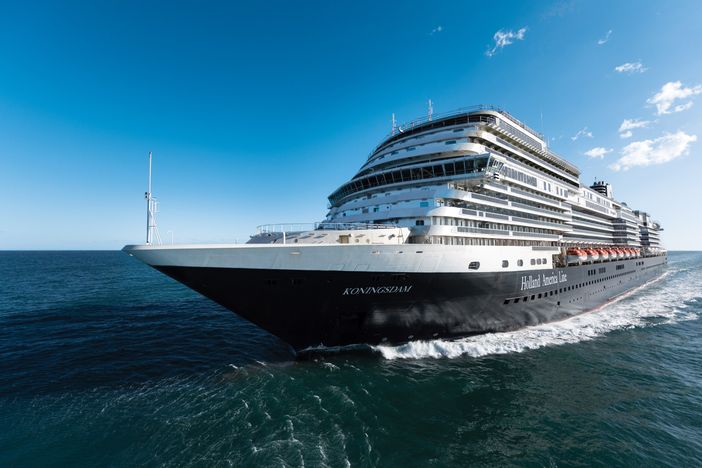 May 20, 2016 was a special occasion for Carnival Corporation. The biggest cruise travel company in the world welcomed ms Koningsdam into the Holland American Line’s fleet during a dedication event in Rotterdam, in the Netherlands. The ceremony featured Her Majesty Queen Máxima of the Netherlands, who christened the Pinnacle Class ship with a bottle of champagne, signed the vessel’s commemorative wall, and participated in the blessing of the new ship’s bell. The Queen will serve as the godmother for the newest of the Pinnacle ships.

The recent event represented part of a 13-day itinerary that initially left Civitavecchia, Italy on May 9, 2016. Following this special Christening cruise, the Koningsdam will finally reach its home port in Amsterdam for the European sailing season. The ship will then make its way to Fort Lauderdale for winter and spring cruises to the Caribbean. Its inaugural season in the Caribbean will begin November 9th, when the luxurious cruise vessel will leave on a four-day Bahamian cruise adventure. The first planned port of call is Nassau, followed by Half Moon Cay, which is Holland America’s own award-winning Caribbean resort and isle.

The Koningsdam, which is the first of the Pinnacle class ships of the Holland America Line, can hold as many as 2,650 guests. Cruise guests can enjoy exclusive dining onboard in the form of a French seafood brasserie, a grand Dutch Café, and a completely renovated Lido Market.

The main dining area will continue to offer traditional meals and five-course dinners in an impressive and sophisticated atmosphere. Diners savor their cuisine next to a windowed wall and an expansive and towering sculpture. Other popular dining options will include the Tamarind, which highlights Asian fare, and the Pinnacle Grill. The BB King’s Blues Club, located inside the Queen’s Lounge, offers Memphis-type jazz entertainment while travelers are out at sea. The second Pinnacle ship, which will be called Niew Statendam, will debut in November 2018.