6 Enthralling Things to See and Do in Lisbon, Portugal 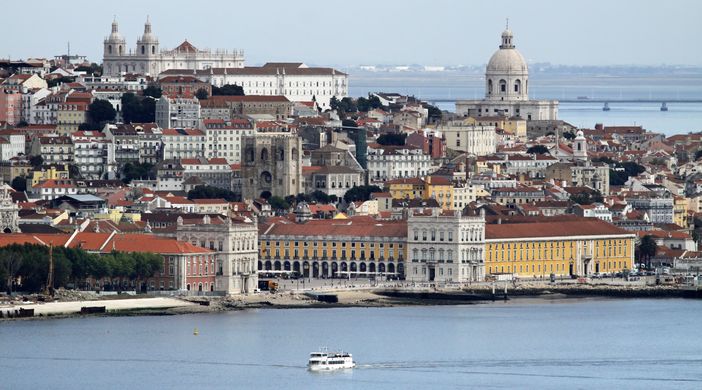 As the capital city of Portugal, Lisbon is often an overlooked gem among popular cruise destinations. With modern tourist amenities and historical attractions, this beautiful city is best visited by sea. Of course, once visitors arrive by ship, they can find plethora of things to see and do in Lisbon.

Like any other major city around the world, Lisbon has its share of historical attractions. Some people overlook the more recent additions to the city though, including some modern architecture and tourist attractions. Regardless of what your interest is in a vacation, there are things to see and do in Lisbon for the entire family.

1. Monument to the Discoveries

Though this beautiful monument was built relatively recently, the Monument to the Discoveries, or Padrão dos Descobrimentos, is one of the most fascinating attractions in Lisbon. Built upon the northern bank of the Tagus River estuary, this monument was built in celebration of the Portuguese Age of Discovery, which took place in the 15th and 16th centuries. After the original plan was conceived in 1939, construction did not begin until 1958 and was completed in 1960.

The structure itself was built by some of the best architects of their time, and it shows some of the greatest explorers to originate from Portugal. In total, there are 33 different statues built along this beautiful monument, each having a strong influence on the Age of Discovery. Among these statues are those of Henry the Navigator, Vasco de Gama, Ferdinand Magellan and many more.

Known also as Pombaline Lower Town, this area has some of the best things to see and do in Lisbon. After being destroyed by an earthquake in 1755, this area of Lisbon was rebuilt as one of the first earthquake-resistant towns. The beautiful buildings that make up this area where tourists stay are a testament to the power of man’s innovation, showing how a terrible disaster can bring about real progress.

Two areas of special mention within Baixa Pombalina are Rossio and Figueira Square. Located in downtown Pombalina, Rossio Square is one of the first places most tourists will visit. In addition to the natural beauty of the square, visitors will find many restaurants, theaters and other more traditional tourist destinations in this area.

Figueira Square, or Praça da Figueira, had at one time been the location of a prominent hospital. Toward the end of the 19th century, a large market was built in this square, but was later demolished in 1949. Now the square stands in the midst of the busy town, with the main attraction being the bronze statue of King John I, which was built in 1971. Because of its open design, Figueira Square has become a traffic hub and, like Rossio Square, has several shops and restaurants.

Even if art is not your first choice of entertainment, dropping into the Chiado Museum is certainly worth your time. Covering works from 1850 to 1950, this art museum has some of the best paintings and sculptures that Portugal has to offer. If this classic art simply can’t hold your attention, this museum also features some beautiful contemporary art.

The Roman Catholic Church has many different focuses, and in this case the Church of Sao Roque (Igreja de São Roque) is the first Jesuit church in all of Portugal and one of the earliest in the entire world. Construction of this baroque style church was finished in 1619 and it still stands today as a beautiful testament to the brilliance of design during this time. If the outside is not captivating enough, a trip inside reveals this massive church to be something of real wonder.

Within this church, there are actually eight separate chapels, three reliquary altars and a number of tombs. Each of these areas is decorated with the most precise artistic abilities – paintings, woodwork and decorations, each adding to the beauty. The building may look impressive on the outside, but the interior decorations are nothing short of breathtaking, the wide array of colors offering a visual collage that would make even those unappreciative of art falter.

Virtually anyone visiting Portugal is bound to run across the monument located in an important roundabout in the city of Lisbon. Named after Prime Minister Sebastião José de Carvalho e Melo, who served from 1750 until 1777, and was the first Marquis of Pombal, there is a large column built in the center of the roundabout to honor him. At the top of this column there is a bronze statue of the marquis with a lion by his side to represent power. Since it is likely that you will pass this area on your tip, make sure to check out this monument at least in passing.

Of course, no journey would be complete without sampling some of the delectable cuisine offered.  Lisbon has some unique and memorable dishes, and even if you have sampled Portuguese cuisine elsewhere, getting it directly from the source is a unique experience. No matter who you are, the only restaurant that is a must visit on your journey through Lisbon is José Avillez’s Belcanto restaurant.

José Avillez has published books on cooking and has his own television program in the area called “JA at the Stove.” With this world-renowned chef at its helm, the Belcanto restaurant offers the absolute best food samplings in the entire country. For those older members of the family, the wine selection is also of note, and getting a bottle with dinner is a must.

And So Much More Things to See and Do in Lisbon

As would be expected, this is just a basic list of some of the best places to visit. Those who actually book a cruise will find many things to see and do in Lisbon and that this is just a taste of what you can find. With this in mind, when you arrive and your family is asking about the things to see and do in Lisbon, you’ll know the possibilities are endless. Don’t delay the trip of a lifetime any longer, and look at booking your dream getaway to Lisbon.

Top 10 Things to Do in Grenada: Attractions & Activities