Cruise Travel Magazine Trending
You are at:Home»Top 10s of Cruise Destinations by Features»Top 10 Far East Destinations You Must Visit in Your Lifetime

A trip to the Far East is never easy to plan; there is a myriad of awfully good places, so choosing a destination is almost nightmarish. Here, however, is a list at making your work easy. The top 10 destinations in the region are outlined for you. The good news is that on a Far East cruise, most if not all are available for you to explore.

View Prices for Voyager of the Seas Cruises 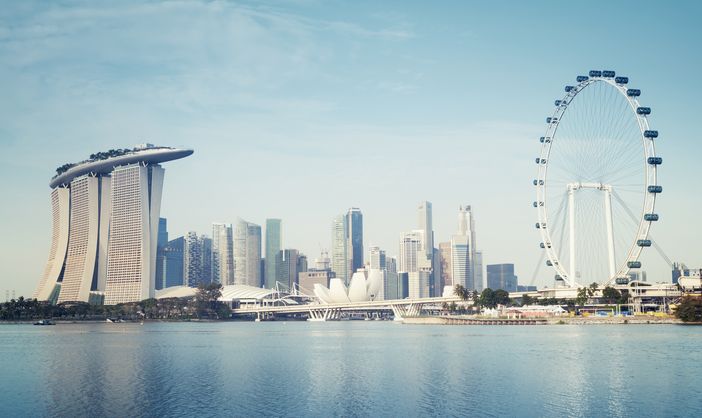 All things considered, Singapore is nothing like any Asian city you know. Safety and efficiency here is streamlined but with leeway to still make it a very enjoyable city. This realization hits you soon as you hit the lushly shaded expressways that are free from snarl-ups that literally define other destinations in Asia. There is a myriad of shopping options, as well as countless well-kept city parks. Do not even get started on the diverse nightlife options available. Simply put, Singapore is the simplest way of having a blend of Chinese, Indian and Malaysian ethnicities all balled in one. 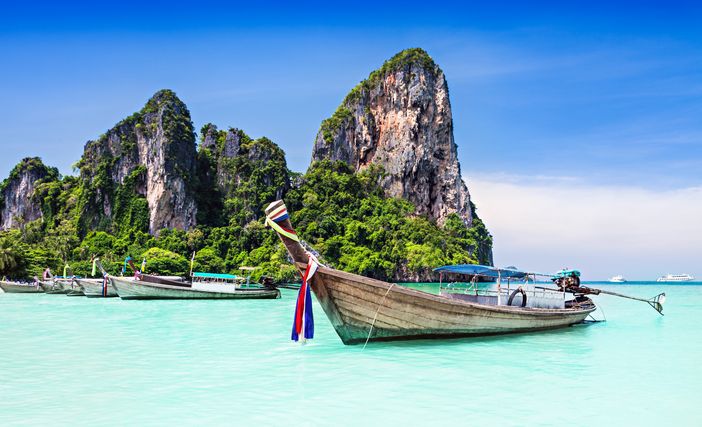 Welcome to the Asian party capital. Patong is a self-contained party hoppers favorite, complete with a beach that is lined with nothing but nightclubs, fine dining options and many other tourist attractions. This is a fine place that speaks to the heart and soul of both hedonists and normal folks alike. Patong is the only part of Phuket that has something for everyone, including individual sexual orientations deemed to be trending toward the minority. Kalim and Paradise beaches nearby offer enough room for folks to unwind, and for those looking for more, they can venture into the trails of the rainforest that provide a backdrop to the beaches. 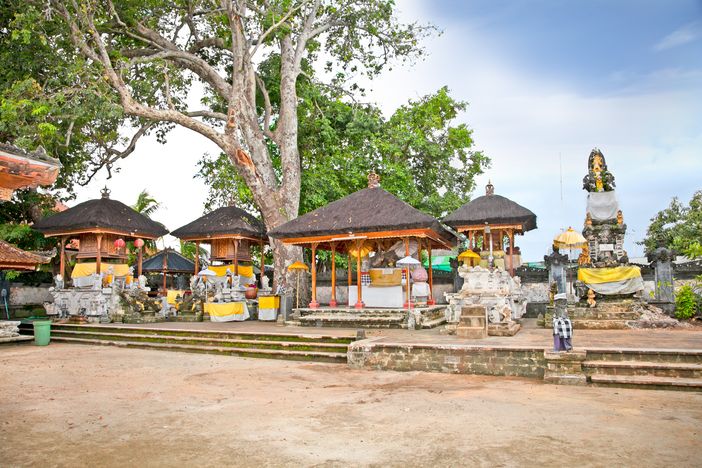 Benoa sure is one of the top 10 Far East destinations to visit and here is why; it lights up the Sunda Islands part of Indonesia with all of its natural endowments. Some of the finest landscapes in the Far East are in fact captured in Bali. The towering volcanoes, the lush forests augmented by rivers flowing serenely in them and the diversity of exotic wildlife speak a lot of this beautiful destination. The sandy beach just adds an icing to the already very sweet cake, and as if that is not enough; there is a rich cultural heritage that will both educate and thrill. 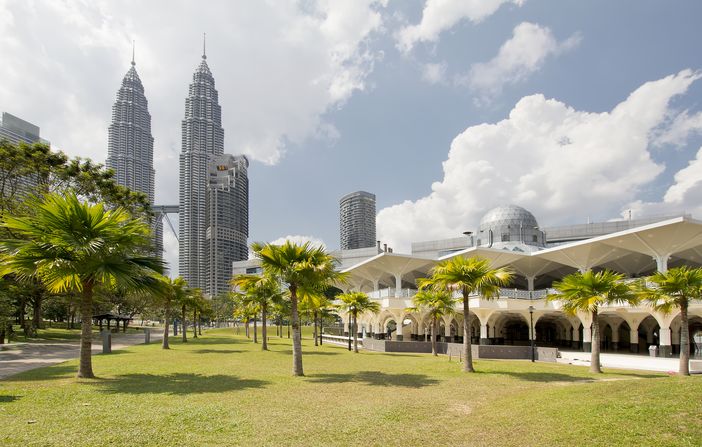 As Syakirin Mosque and the Petronas Twin Towers in Kuala Lumpur

The Malaysian capital has a rich history that goes back more than a century ago. Since then, it has evolved from a sleepy tin mining village to a thrilling and exciting city with almost 2 million inhabitants. Travelers on cruises to Far East prefer this city for its thrifty nature, as it has the cheapest five-star hotels in the world. It also has awesome experiences encased in the city or just nearby in the outskirts. Shopping, awesome dining options and the best of nature are all within the city or just a few hours drive away. 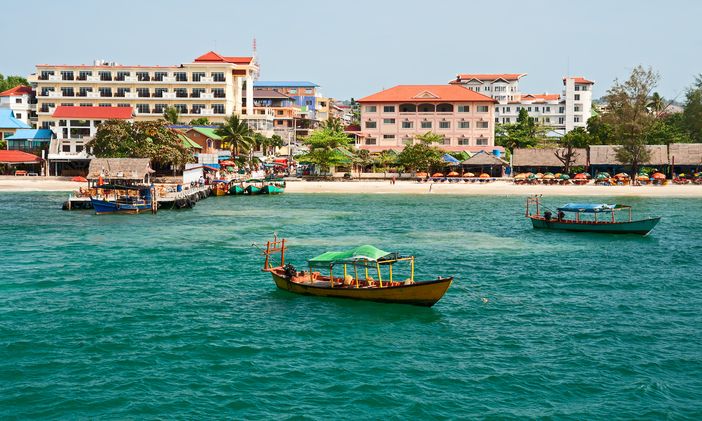 Sihanoukville is without a doubt Cambodia’s premier island beach resort. It also competes well for the title of top 10 Far East destinations to visit because of its scenic beaches and islands, the many possible activities for visitors and its world-class accommodations options. The Bay of Thailand surrounds the city from three sides, providing awesome views of the beaches and the nearby islands. Fishing, snorkeling and good old sunbathing attract tourists in droves to visit here. Sihanoukville sure has a way of making visitors enjoy these beach activities. Transportation within and about the town is easy, which is another positive for this Cambodian city. 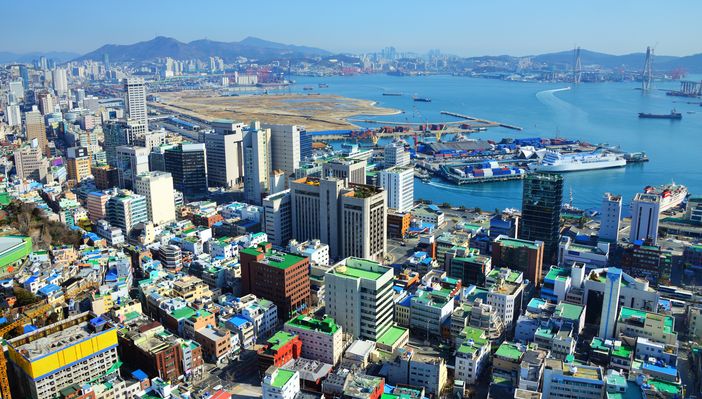 Aerial view of the downtown and port in Busan, Korea

It is almost criminal to be visiting the Far East and fail to include Busan among the destinations to go to. To the South Koreans, this city is a very important commercial entity because of its international cargo port. For visitors, however, it most probably stands out because of its seafood and its wondrous beaches. In fact, the city’s landscape of pristine beaches, together with the backdrop created by the tall mountains and craggy islets, only helps to position the town as an adventure capital. 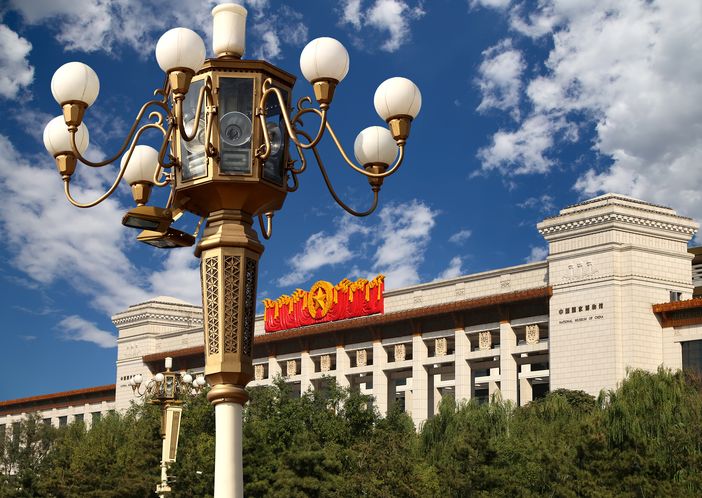 National Museum of China on Tienanmen Square in Beijing

Since Kublai Khan’s days Beijing has been known as the seat of power in China. For this reason, the 250-acres that is the Forbidden City is placed well within this huge fascinating metropolis. This awe-inspiring complex of palaces, courtyards and pavilions from where former Emperors ruled is a leading attraction in China. For the city’s magnitude, it sure has lots more to offer. Tiananmen Square, National Museum of China, Temple of Heaven, Summer Palace, Lama Temple and Panjiayuan Market are some points that should interest visitors. These, plus the 20 million residents and an area of 6336 square miles, should provide enough fodder for a thrilling trip. 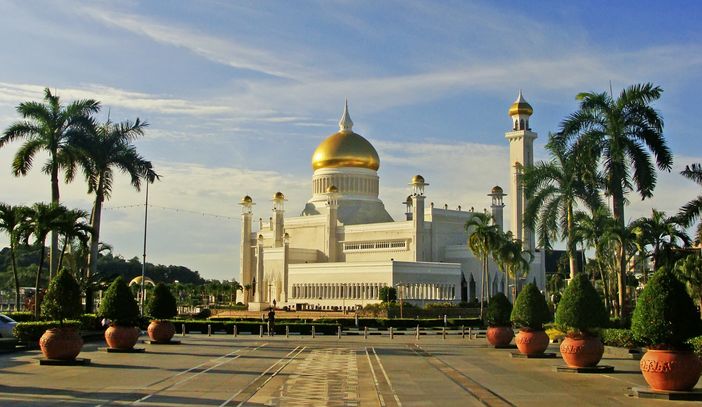 Bandar, or BSB as the locals fondly call it, is no ordinary oil-inspired city. It lacks the flashy nature normally associated with such cities. It instead exudes a very mature rustic nature that many travelers idolize. BSB’s city center is located some 7.5 miles upriver from the Bay of Brunei; it is thus pretty sheltered for water related activities. The is a lot to see, including Brunei Museum, Kampung Ayer, Ratna Dina Arif Gallery and the Royal Regalia Museum, among other attractions. BSB has a good share of fine dining options, as well as very, well-kept accommodations. 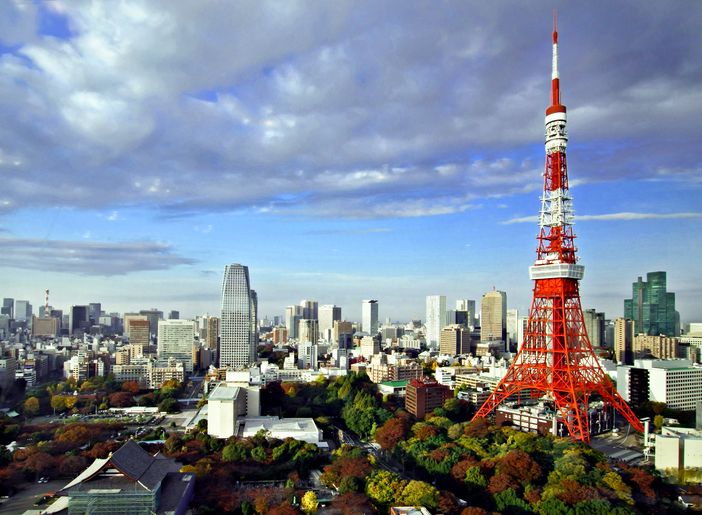 The Tokyo Tower and the City

Aside from being the most astonishing city in the whole world, Tokyo also doubles as one of the top 10 Far East destinations. It is also the only city that paradoxically mixes a vibrant postmodern culture with a tinge of well-respected ancient traditions. Some of this mix seems somehow literal in some instances; the serene Imperial Palace grounds sit just next to the Ginza, which is an international shopping mecca. The simplicity with which Tokyo reconciles this cool traditional culture and the hyper-speed consumerism characterizing the 21st century manages to evoke a dizzying experience for visitors all the time. 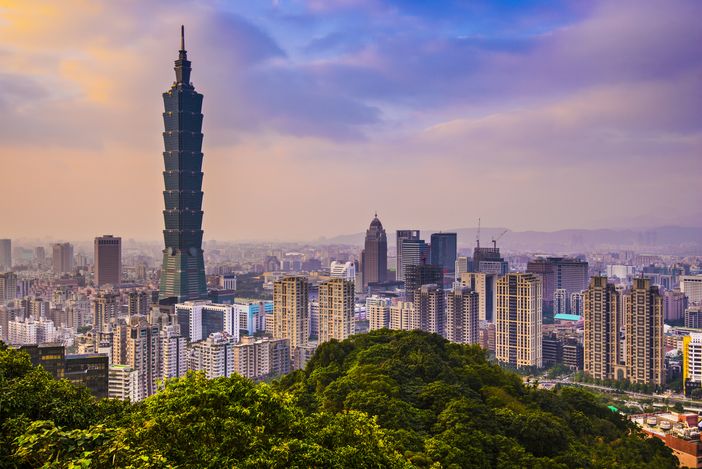 As one of the top 10 Far East destinations to visit, Taipei captures the concept of opposites as no place else. This probably is one of the reasons it is exceedingly exciting. Neon laden clubs jostle for space comfortably alongside ancient temples, just as the tallest buildings find comfort sharing a neighborhood with the tiniest markets. The peace that comes with botanical gardens is present here, despite the city’s population of millions. Taipei offers the best and most diverse of Chinese gourmet food, and it would be safe to declare it the capital of Chinese culinary prowess. That said, a trip to Taipei would leave you very fulfilled.

Book Your Cruises to the Far East!

And to those with keen ambitions of visiting these attractive ports, a booking on any of the major cruise lines will do the trick.