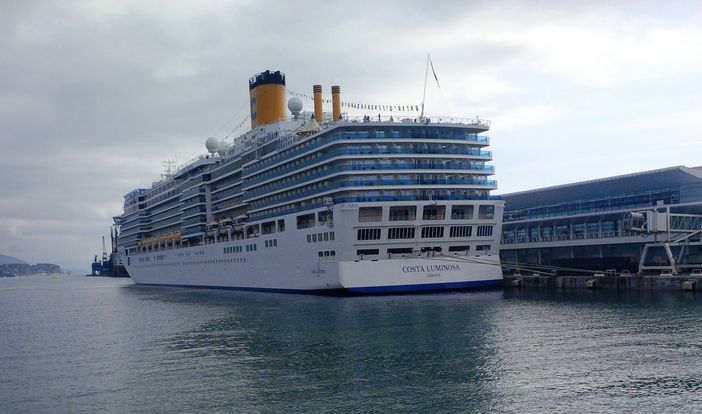 September 2, 2016 marked the cruise journey of a lifetime. According to news out of Genoa, Italy, the Costa Luminosa left Savona on a 98-day round-the world journey this past Friday. Guests on the cruise ship will sail across three oceans and stop at 34 ports of call on five continents. The return trip to Savona, Italy is slated for December 9, 2016.

The Costa Luminosa World Cruise is initially playing host to 1,400 guests. After two more stops in Marseille and Malaga, over 1,600 passengers will be a part of the onboard guest list. Reportedly, guests are coming from more than 30 countries, including Switzerland, France, Germany, Spain, and Italy.

Currently being recorded on the Costa website, the Costa Luminosa World Cruise is a featured topic on the Costa blog. Two webcams have been installed to transfer feedback to the Internet site.

The round-the-world cruise will include stops at such places as Hawaii, Guatemala, Colombia, California, Mexico, and the Antilles. After crossing the Pacific, the vessel is scheduled to sail to Australia and New Zealand before it heads north to India, Thailand, Malaysia, and the UAE.

The next round-trip cruise by Costa will be even longer in length. The vessel is set to leave Savona on January 6, 2017. The itinerary will take guests around the world, this time, for 106 days. The ship, which will cross the Tropics, will return home on April 22, 2017.